All change for the Trump White House 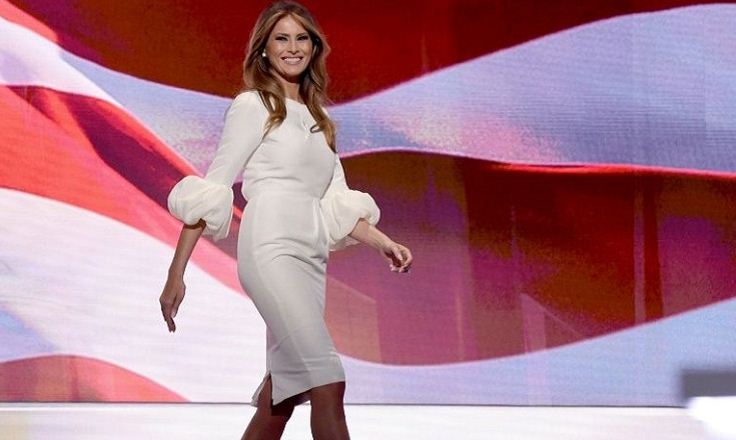 From the role of the First Lady to presidential getaways, Donald Trump's White House is going to look very different from that of his predecessors, even without a bling ballroom makeover.

Franklin Roosevelt had his "fireside chats" broadcast over the wireless, John F. Kennedy deployed his dashing good looks to black and white television and the grand orator Barack Obama saw few problems that could not be solved by a hefty speech.

Donald Trump likes to tweet -- a lot. And that is unlikely to change in office.

Even his top aides admit they don't always know in advance when the boss is going to send a 140 character missive.

So from now on expect some early-morning scrambling around 1600 Pennsylvania Avenue as aides play catch up and patch up.

"I don't know whether it's the finest public housing in America or the crown jewel of the prison system," Bill Clinton once joked about life inside the White House bubble.

For sure, the presidency has up-sides -- whizzing through traffic in "the Beast" or having Air Force One depart minutes after you step on board. But for modern presidents even a walk outside the gates is a military operation requiring a phalanx of agents, HAZMAT teams, doctors, snipers and the rest.

Trump -- by upbringing and lifestyle -- may be better prepared for the closeted nature of the office than many of his predecessors, but he's still going to want to get away from it all.

Many presidents have trekked west to the California desert and Sunnylands, many more have made the short hop north of Washington to the presidential retreat at Camp David.

Trump may choose to use his own pad on New York's Fifth Avenue, but with planes constantly passing nearby and no secure perimeter it is likely to give the Secret Service the jitters. A more likely getaway destination, aides say, is Mar-a-Lago, his luxurious club in Palm Beach, Florida.

Melania Trump is unlikely to be quite as political a first lady, or even as present in the White House. The president-elect has indicated Melania and their 10-year-old son Barron Trump will say in New York at least for the foreseeable future.

But as first daughter, Ivanka Trump could be a different story. The 35-year-old businesswoman and her husband Jared Kushner are set to be a force inside both East and West wings.

Ivanka has been a near constant presence by her father's side and Kushner has been formally appointed "Senior Advisor to the President" -- working alongside the chief of staff Reince Priebus and Trump's close strategic advisor Stephen Bannon.

There is very little precedent for presidential progeny playing such a formal White House role, in part because of nepotism laws. Indeed, you might have to go back to John Quincy Adams who served as his father's emissary to Prussia, before becoming the sixth president.

President Barack Obama didn't so much dislike the press as tolerate its flitting focus. Trump has a love-hate relationship with the press -- which he courts assiduously but also berates as biased against him.

That strident tone has gone down marvelously with Trump's hardcore supporters, who view the so-called "mainstream media" as little more than an activist wing of the "liberal elite."

Trump's team has signaled that tone is unlikely to change in office, and whatever else changes in the White House, it will not be business as usual for the press. The president-elect's aides have suggested daily press briefings could become a thing of the past and that the press corps could be evicted from the West Wing of the White House.

Expect Trump's stormy relationship with the press to continue.