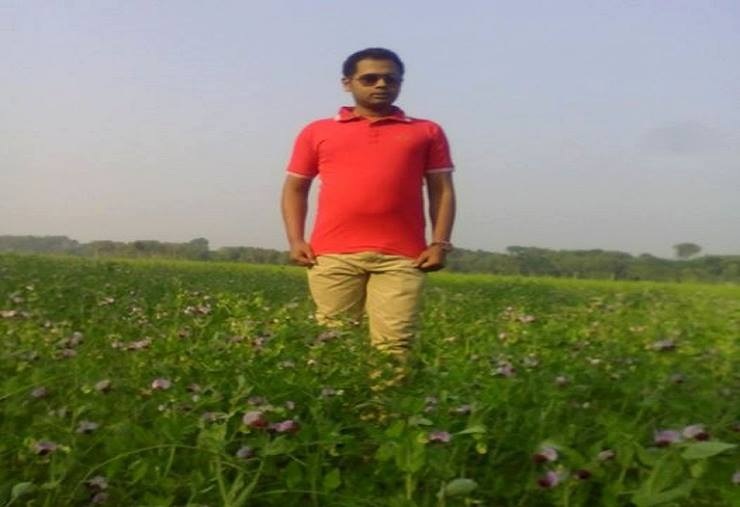 Radicalization is nothing new as concept; it’s been there in many forms and in many shapes. But in the recent days the term got popular due to different phenomena worldwide. Therefore in the recent days it has become a very familiar term to the people all over the world.

Firstly, one should know about the meaning of the word radicalization. It refers to the revolutionary changes in all spheres of life like political, economical, social and ideological affairs (Rashid, Sareer, Rukhsana, Rehmat, 2012, P: 146). In the present time it has been religiously motivated. By the process of radicalization one person or a group of people become extremist or terrorist.

In the late 20th century and early 21st century young people are associating themselves with radicalization. Most of them used internet as a whole and social media in particular. Thus, youth radicalization is not anymore a problem of a single country or continent or a community. It is now the problem of the whole world. Although, the popular concept is that more young Muslims are involving themselves in fundamental radicalization.

This is a global phenomenon, so every country with in their capacity, is seeking solutions to this problem. Mainly youth radicalization is seen in ‍some Southern Asian, Middle-Eastern and African countries. Europe, America is also not free from youth radicalization. Information and technological revolution have turned ‘New Media’ (Internet, Facebook, Twitter, Instagram, and YouTube) into the biggest platform for the radical group. The radicals are hijacking and spying of the government’s website of different countries. They are looting money from the banks using internet. Here I will try to explain about how social media is used to involve young people in the radicalization activities?

What is social Media?

Social media is a very popular term in the era of technology and communication. Basically it refers to the social networking sites which are very open and offers easier way of communications. It is based on internet. The best example of social media is facebook. It alone connects half of the world population at a time. Then we can name twitter, blogging sites, YouTube, linkedin etc. In academic terms they are called ‘New Media’ as a whole.

In terms of communication social media has made our life easier. But social media also have huge demerits. Especially, radical fundamentalists are using it vastly to operate their activities silently. In the post 9/11 era social media or new media has become one of the strongest platforms for the militant group to recruit youth. And youth has become the main targets of them. Facebook started its journey in 2004. Now it has over 2 billion users all over the world. YouTube was established in 2005. Now in every minute users upload over 35 hour’s video in it across the world. Twitter started in 2006. People can connect with millions of followers within seconds. A user can write a short message with maximum 140 characters on twitter that is called tweet (Thompson, 2011, P: 170).

Actually there is no universal definition of radicalization. Different scholars have defined it in different ways. But after the 9/11 most scholars defined radicalization as the ideas, beliefs, views, opinions that lead to terrorist activities (Geeraerts, 2012, P: 25). From this definition the conception is clear that terrorism and radicalism are not same. Through the process of radicalization one becomes a terrorist. Radicalization is not always violent. It can be non-violent. In the process of radicalization a person or group of persons tries to believe on a certain issue that ultimately leads to extremism. Internet or social media has the vast effect on radicalization process. And young people uses internet more than the old people. So, it is easier to involve youth with the radicalization process than the other people. For economic and cultural reasons people can involve with radicalization. But, in the 21st century religion has become one of the reasons. There is conflict Christianity versus Islam. As the west influences its dominance in the Middle-East,Muslim terrorist groups are becoming more violent. Ultimately it influences youth radicalization.

Radicalization is a process that begins with self-identification. From dissatisfaction, grievances or deprivation people may be radical. It may happen for the local reason or international reason (Onuoha, 2014, P: 2). Mostly people are mobilized or influenced by others. Such as Islamic militant group Islamic State (IS) tries to make people understand that Islam is threatened by the west. The current world is not ruled by the Shariah law. So, we have to fight against the west or non-Islamic group to protect Islam. The Islamic State preaches this message through social media. A person can easily see or read this propaganda easily. After reading this message a person thinks himself. And he or she informs other. At one stage they become violent. Gabriel Weimann gives an example in his writing titled New ‘Terrorism and New Media’ that in an evening of 1 March 2011 an Albnian Muslim who lives in Germany was watching a video in YouTube. His name was Arid Uka. This video was a Jihadist video. Uka watched that two US soldiers raped a Muslim woman. After watching the video Arid Uka came out on the road and boarded in a bus. He killed two US servicemen with his handgun and injured two others. This example clearly expresses how social media is used in the process of radicalization. Social media is very fast than the traditional media. One can communicate with a million of people within a minute. And message reaches to all the people very quickly. There are many people who are not connected with traditional media but connected with social media. There is no border of social media. It is used all over the world. People easily can communicate with the foreign people. In the platform of social media people communicate with others whether he/she is known or unknown (Thompson, 2011, P: 168). So primarily people cannot understand whether the other person is radicals or not. By this way people become radicals.

Why youths are the main target by the radicals?

Young people are the main target of the extremist group. Freedom C. Onohua explains in his article titled ‘why youth join Boko Haram’ that Boko Haram collects its members from the young people. The main target of this militant group is disaffected youth, university graduate and destitute children. Not only Boko Haram but also all the other militant group’s main target is the young people. They target unemployed youth. They tempts the youth of high salary. They target also skilled professional like doctors, engineers, bureaucrats etc. Because when members of the militant group are injured they need treatment. They need logical support. Young people are very energetic. They can operate heavy weapons and they can work restlessly. The militant group operates their suicide bomb activities by the young people in different part of the world. For these reasons the extremist group tries to influence young people. The entire militant group like Islamic State, Al-Qaeda, and Taliban recruit their member from the youth group using social media. It is seen that teenagers are more likely to involve themselves in the radicalization process. Teenagers always search for something new (Bizina and Gray, 2014, P: 74). A charismatic preacher targets them. He/she tries to make teenagers understand that something is happening which is destroying our religious or ethnic identity. So, we have to fight against them.

There are multiple factors behind youth radicalization. It is more psychological. AlpaslanÖzerdem and SukanyaPodder identified some pull and push factors behind youth radicalization. They mentions environment, conflict in society, separation of parents or deprivation of parents love, friend circle, poverty, politics, ideology, unemployment, culture and forced abduction are one of the factors that lead the youths to radicalization (Ozerdem and Podder, 2011, P: 64). For these reasons an innocent child becomes an armed terrorist. Radicalization is one of the key themes in the discourse of terrorism. Or radicalization can be called the primary stage of terrorism. Not only youth but also child is the targets of the terrorist group. You can make anything by the mud. Childs are like mud. They will understand whatever you teach them. And they will think this is right. So, terrorist groups train the child to operate arms.