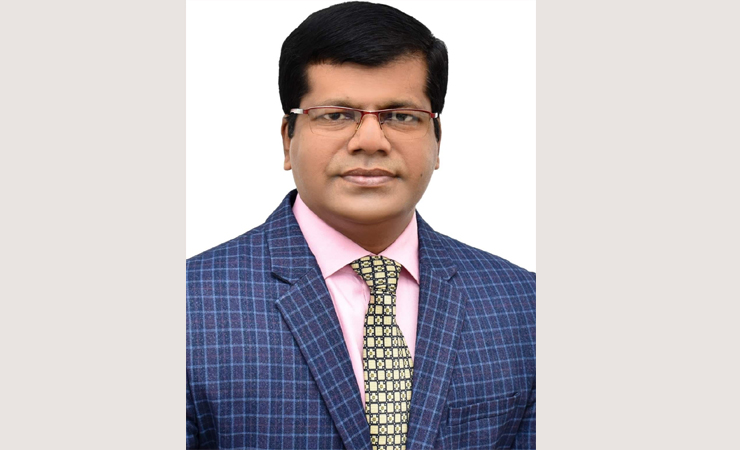 Father of the nation Bangabandhu Sheikh Mujibor Rahman is the first ever undisputed leader of Bangladesh who was born and grew up in this soil. In 1971 from the dark prison of Pakistani ruler he appealed to return his dead body to his motherland. Irony of fate, this land got wet with his blood by the brutal killing of history in 1975. By sacrificing his life he made the whole nation indebted which is impossible to repay. Every seeds grow up in this soil get liveliness to the touches of Bangabandhu’s blood. Persistently he is mixed up with the face of natural Bangladesh. Bangabandhu himself is Bangladesh.

As a part of observing “Mujib Barsha” the national committee in this regard and a private company namely National Agricare have taken a jointly effort to depict Bangabandhu’s portrait in crops field. The sight was chosen in Belinda village at Sherpur upazila under Bogra district. About 100 bighas (over 30 acres) of land has been planted with two different types of paddy for making this portrait. This will be the world’s largest natural portrait so far which will be listed in Guinness world record. Already the program is inaugurated on 29 January by Jahangir Kabir Nanok, presidium member of Bangladesh Awami League and A F M Bahauddin Nasim, Joint secretary of central working committee of Bangladesh Awami League.

The length of the crop field is 400 meters and width 300 meters covering the total area of 1,20,000 square meters which will make room in Guinness book as the largest portrait for a single person. The land was rented from the owner for six months (Nov 20 to May 21) duration. Mainly two types of paddy one is imported from china and another is produced by National Agricore have been planted to bring the shape appearance of Bangabandhu. From February 1-15, local women labors sowed the herb after the preparing the layout by hundreds school students and Bangladesh national cadet core (BNCC) members of Bogra district.

A F M Bahauddin Nasim, the patron and convener of “Shasya Chitre Bangabandhu” mentioned that the largest work of art in history will give a different dimension of the celebration on March 17 this year. Under his direct supervision the project is almost at the last stage to get the show on the road. Though the vast planted portrait cannot be viewed in naked eyes many people are gathering everyday to see the project. Drone will be played to display the videos and still pictures to see the full sketch portrait “Shasyachitre Bangabadnhu”. 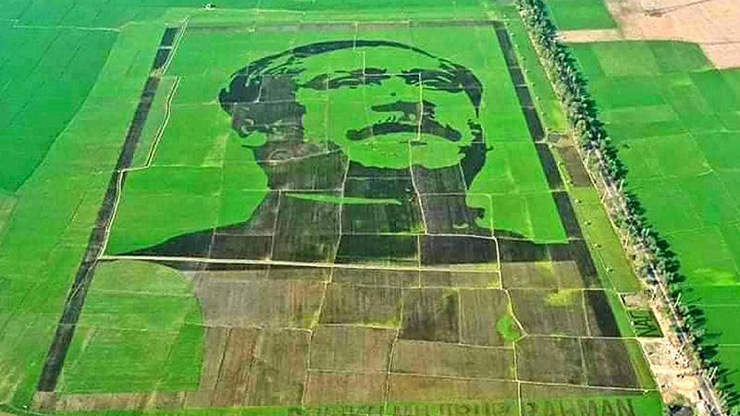 The pandemic ‘corona’ became the main obstacles for the celebration of “Mujib Barsha” on the occasion of Bangabandhu’s 100 years of birthday. During this situation the display in nature also demonstrates the eco friendly frame of mind of government. Listing in Guinness book is the spirit behind to highlight Bangladesh in the world premises by “Shasyachitre Bangabadnhu” once again.