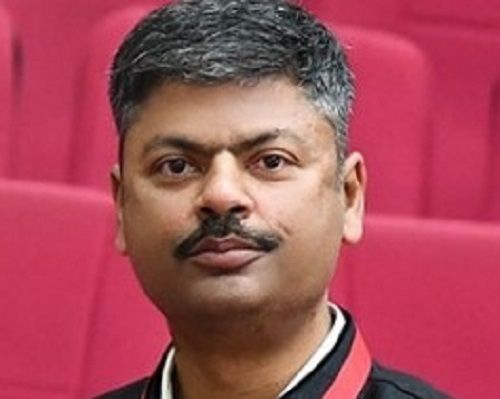 In 1997, Nathan Zohner, a sophomore from Eagle Rock Junior High School, Idaho, USA, presented his science project before the class. The young boy did his research on a chemical compound and was presenting the potential hazards that come along with the use of the chemical. He explained that the chemical is responsible for the death of millions across the globe each year; at high temperature or gaseous state, it causes severe skin burns, over-consumption can cause excessive urination, and the same chemical is found in acid rain, it corrodes metals. All shreds of evidence presented by him were scientifically correct, and the villain chemical was dihydrogen mono-oxide. He then asked his classmates whether it was advisable to use such chemicals. The class voted against the use of it. Even common mortals like you and I would have done the same, isn't it? But which chemical was he referring to? The dihydrogen mono-oxide is none other than conventional H2O or water. Now, pause and while, and let's recheck his pieces of evidence. Yes, flood water is responsible for the death of millions across the globe each year, including humans, wild animals, and livestock. Yes, boiling water or vapour can cause boils and other injuries if exposed to the skin. Yes, if one drinks too much water at a time can feel bloated with an urge to urinate frequently. So, his facts were correct, but only the potential long yarned ill effects were highlighted. Zohner's presentation, which was highly skewed toward a specific agenda, gave birth to a specific form of communication called Zohnerism, where the communicator develops a narrative of any event or situation by bringing forth purposeful and suitable facts far-fetched at times and trying to score the full monty. If we care to look around, we will certainly find umpteen instances of such bigotry and debauchery. Today, it's a challenge for the gullible common mortals to decipher between news and agenda items; otherwise, harmless water could be presented to us as an 'unrecognized killer.' In the era of politically inspired communication with subverted nuances, the lure is immense to trust the noise that seems music to the ears. No sooner than one starts believing the noise as music, the defense mechanism steadily falls in place to protect the sanctity of the so-called 'music' while the noise reverberates in a deafening pitch.

During the late1980s, when nationalized banks resolved to computerize their branches, the whole country was stirred in a spate of revolt. The unions highlighted only one fact,' job cuts', and the least they talked about was the array of facilities the technology promised to offer to the consumers, including the Automated Teller Machines (ATM). Many would care to know that the cost of a simple transaction in the branch banking system is around rupees 60-70, which is drastically low through an ATM (Rs.2) and even lower in a mobile banking system (Rs.1) (https://www.forbesindia.com/article/weschool/digital-revolution-in-the-indian-banking-sector/47811/1#:~:text=The%20need%20for%20computerization%20was,Rangarajan.)

Even when the country was working hard to secure mandatory computer education at the school level, one prominent statesman famously went on record to state that he was against the use of Information Technology as he believed technology spoiled human skills. Zohnerism is considered an art of communication where the creator consciously presents one side of the story suiting the individual's ulterior motives. It wasn't much ago when a national TV channel was beaming the news on high decibel of the 'last few days of the earth' and that a meteriorite was about to strike our mother earth so hard that human race and other living beings were going to extinct from the earth's surface. As we are the common mortals, we watch TV shows and develop our opinion on almost every issue that crosses our agile minds. We consume loads of media coming from different genres: TV, FM Radio, Newspapers and portals, FB lives, blogs and vlogs, WhatsApp group messages, and so on. While appreciating the verbal acrobatics of the 'so-called' experts gracing the shows who have 'celestial' knowledge of almost everything under the sun or reading the editorials in print, do we ever take a deep breath and think that is it the side of the coin I want to see? Or is there more to it? We are so gullible that we only contain ourselves to surface scratching and never inquire deep. The moment we start trusting one side's arguments, be it right or left, subconsciously, we start defending it. That's how we get indoctrinated to one ideology or belief system to the point of no return. Examples are aplenty, be it the introduction and repelling of the farm bills, the Supreme Court's urge to relook at the sedition law, reducing the interest rate in EPF, everywhere Zohners are pressing hard in various shares and sizes.

As we take sides, we form our opinions and work hard to neutralize any counter-argument arising out of a discussion whatsoever. At times, it becomes difficult to defend an argument during a conversation or a debate; the situation becomes complicated, particularly during election campaigns. Policy issues ranging from the Demonetization of 2016 to the Declaration of Emergency in 1975, from the manifestation of Industry -Agnostic to Industry – Theist imageries in the minds of the common mortals, political maestros try to deduce the lesser evil in every such occasion and use the weapon of 'whataboutery' to score a browny point. Though an old concept yet an effective tool to neutralize any opposed thought while paying them by the same coin. Whether governance, administration, or benevolence, every analyst supporting or criticizing any policy resorts to 'whataboutery' undoubtedly by comparing it with the past as if lesser evils are fairies in disguise.

Now, the all-important question is 'how does someone become so gullible to get swayed away by a narrative carrying the holy untruth?' The answer is equally intriguing. We often resort to truth arising out of 'fragmented vision' in the absence of absolute truth. The fragments of physical distance, lack of exposure and education, opinionated communication vehicles, inadequate information, or augmented trust in cohorts often blur our vision. We miss the spectacles of truth by a whisker. We love ourselves, so we care about our words of wisdom and beliefs. The subsequent observation must be the truth in my parlance, irrespective of what others think or believe. Any failure to concur with it slits open the second version of the truth to sneak in. The two versions of truth from the same situation fight for their existence until one withers away. Flood in Assam and drought in Rajasthan, the heat wave in Delhi NCR, and snowfall in Gangtok at the instant moment of two versions of the truth of the weather in the same country. Both are facts, but their truth varies for people in two different locations. People find it easy to decide on tangible and apparent realities, but for the truth that needs a unified vision away from the fragments, it's a challenge we often care to forego.

I think we have a solution to this dilemma. As mentioned previously on various platforms, Bharat Varsh is the only country with a two-dimensional name, i.e., Bharat (the place) and Varsh (the time dimension). The rancour of different versions of truth needs a timely solution, and time is the only solution. Whatever has happened in the past, good or bad, given the collective of individual wisdom that prevailed at the time, can't be undone as it is time-stamped. At the most, the common mortals trudged and confused by the constant 'whataboutery' of almost everything under the sun can stop giving up and think with a constructive and unified vision for perpetual wellbeing.

Author Profile: Prof. Debarshi Mukherjee is the Head of the Department of Business Management, Tripura University (A Central University), and the founding Head (i/c) of the Department of Tourism Administration. He has established the state's first business incubator fully funded by the Ministry of MSME, Govt. of India. He is the State Coordinator of the AICTE-sponsored Student Induction Programme for Tripura.