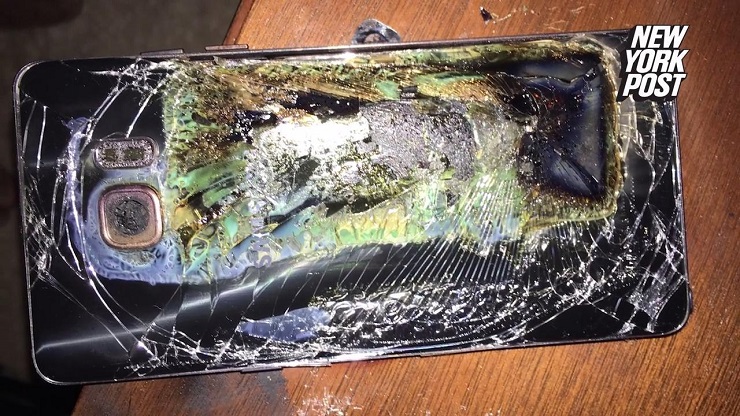 Samsung Galaxy Note 9 was launched last month. A woman now claims that her device caught fire in her purse.The incident managed to burn the woman's fingers.

Samsung Galaxy Note 9 was launched with minimal upgrades and a lot of clarifications last month. Samsung dared to integrate a big 4,000mAh battery inside the Galaxy Note 9, and when eyebrows regarding its safety were raised, CEO DJ Koh had to clarify that the Galaxy Note 9's battery is completely safe. He said that the engineers at Samsung are confident of its safety, and that users do not have to worry about batteries any more. However, a month later, a fresh report has now surfaced, with a woman claiming that her brand new Galaxy Note 9 burst into flames inside her purse.

Long Island resident Diane Chung has filed a lawsuit against Samsung, seeking unspecified damages, alleging that her Galaxy Note 9 caught fire in her purse while she was in an elevator of a Bayside building, reports New York Post.

While she was in the elevator, she noticed that her phone had become extremely hot. She stopped using the phone, and put it in her bag, and soon after there were sounds of whistling and screeching from inside the bag, and thick smoke started pouring out of her purse, the report states.

She put the bag on the floor and tried to empty it, burning her fingers in the process, the suit alleges. As she was alone in the elevator, the woman reportedly panicked and her visibility was also compromised due to the thick smoke. Once she reached the lobby and the elevator door opened, she kicked the burning hot Galaxy Note 9 out of the lift. The suit then claims that a 'good Samaritan' noticed the burning phone and doused it into a bucket of water, ending the ordeal.

She explains the whole incident to be 'traumatic', and mentions in the lawsuit that the fire ruined everything that was inside her bag. In her lawsuit, Chung demands for unspecified damages and Galaxy Note 9 sales to be barred. A Samsung spokesperson told the publication, "We have not received any reports of similar incidents involving a Galaxy Note 9 device and we are investigating the matter."

This report brings back memories of Samsung's worst nightmares from 2016, where it had to recall the Samsung Galaxy Note 7 after many reports of explosions. The fault was then deduced to be in the battery, and the company has since then had to make multiple assertions of a safe battery in the successor Galaxy Note 8, and now with the Galaxy Note 9 as well. In any case, this incident should force Samsung to take prompt and proactive steps immediately.