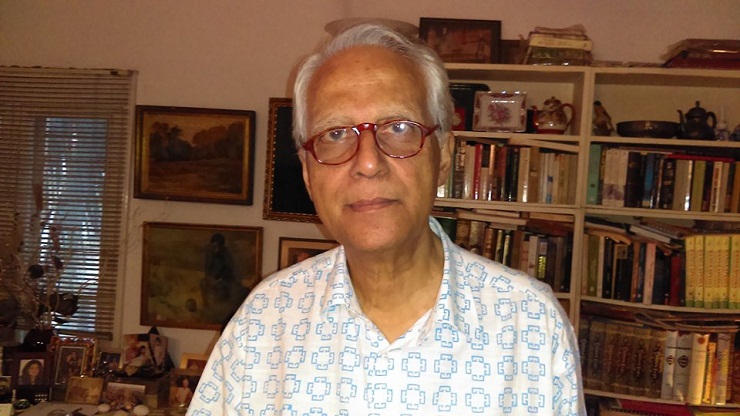 The recently concluded COP-22 session in Marrakesh, Morocco has been an example of international awareness about the problem facing humanity across borders and the need to urgently address issues associated with the global warming process- not only to reducing carbon emissions but also adoption of measures that relate to adaptation as well as mitigation of the evolving dynamics.

Meetings held on the sidelines of the Conference as well as research reports published during this period have revealed some interesting aspects.

While 2016 is heading towards being declared as the hottest year on record, global carbon dioxide emissions from burning fossil fuels appear to have stayed almost flat for the third year in a row in what scientists are terming as a “clear and unpredicted break” that would mark a turning point in the world’s efforts to curb climate change. Climatologists have suggested that a fall in the use of coal in China, by far the world’s largest carbon emitter was probably the main reason for this slowdown. Such an assumption appears to conform to the theory that global carbon pollution usually slows when there is a downturn in the global economy and that turn reduces the use of coal, oil and other fossil fuels in factories and power plants. This theory has however been challenged by Professor Le Quere who has pointed out that the world economy has not really slowed down but has been growing by as much a s 3.0 per cent. Consequently, according to him, this reduction can only be described as unprecedented.

Discussions during COP-22 have revealed that the future will not be as easy as many are thinking. Pilita Clark has mentioned that there has been a slight glow of optimism but the scenario remains dark in most parts of the developed and developing world. Records have indicated that US emissions fell by 2.6 per cent in 2015 as coal use slumped. It is being projected that this trend will continue this year. However, emissions rose by a sharp 5.0 per cent in India and also increased by 1.4 per cent in the European Union (after a period of decline). Carbon pollution in China, which accounts for more than a quarter of global emissions, continued to grow at more than 5.0 per cent till 2014 as it had done for the previous ten years. This emission trend however changed slightly in 2015 with a fall by 0.7 per cent. It is now expected that fresh Chinese measures might lead to another fall of around 0.5 per cent this year.

Scientists have commented that atmospheric CO2 levels surged to 400 parts per million in 2015, the highest seen in at least the last 800,000 years. Some during COP-22 also remarked that carbon concentrations are expected to climb to new records in 2016 on the back of a strong El Nino weather system that produced unusual hot and dry conditions in many parts of the world (including Bangladesh), sapping the ability of trees and other vegetation to absorb carbon dioxide.

One recent international development has also cast a shadow on the evolving paradigm of tackling the after-effects of growing carbon emissions. This revolves round the victory of Republican Donald Trump in the US Presidential election. His views on this issue, many feel, might complicate matters. One may recall in this regard Trump’s comment that global warming is a “hoax”. He has also threatened to “cancel” the global pact by having US withdraw from the Paris Agreement, stop financial support for the measures initiated in this regard by the United Nations and divert such funding towards improving infrastructure within the United States. He believes that such a step would help him to create employment that he has promised as part of his election effort. He has also reiterated his intention to revive the struggling US coal industry.

Climate activists have however hinted that any withdrawal by the US from the ramifications of the Paris Agreement would have to be dealt with according to Article 28 of the Agreement whereby this process would take a total of four years and would be effective near the end of term of the Trump presidency. Such an attempt, it is believed will lead to a severe diplomatic backlash- more serious than what transpired after former President George W. Bush took the initiative (after becoming President) against the Kyoto Protocol. It would also be fitting to note here that unlike the case of the Kyoto Protocol, the parties to the Paris Agreement includes major emitters like China, India and member States of the European Union.

Ban Ki-moon, the departing UN Secretary General has however tried to allay the fears of a Trump Presidency on carrying forward the climate change scenario. He has optimistically remarked that some of what Trump expressed in his electoral campaign was probably popular rhetoric and needed to be taken as such. He has also hoped that Trump after taking over the reins of power “will hear and understand the seriousness and urgency of addressing climate change”. One can only hope that Trump does. As a businessman, he will also probably appreciate the potential of the US industry benefitting from various aspects of renewable energy.

In the meantime the Global Carbon Budget 2016 launched during COP-22 has noted that all countries need to take the matter of going carbon negative very seriously. In this context it has been underlined that there should be greater emphasis on afforestation and reforestation, carbon capture and storage, bio-capture (adding partly burnt biomass to soils to absorb additional carbon dioxide) and air-capture (whereby CO2 is removed from ambient air through chemical processes and then stored underground). This last method regarding carbon capture and storage to produce bio energy has however been questioned by many as it would require vast areas of empty land and that might not be possible in countries with small territory.

At this juncture two comments made by the UNEP Executive Director need to be noted. He has remarked that the world in the context of climate change must not forget the growing number of climate refugees hit by hunger, poverty, illness and conflict. It needs to be understood here that these affected people do not have legal protection under the UN 1951 Geneva Convention. They, as has been mentioned, are a constant reminder of our failure to deliver. Attention has also been drawn to the fact that the Kigali amendment to the Montreal Protocol has agreed to slash the use of HFCs. This might eventually lead to a reduction by 0.55 degree Centigrade if fully implemented- but significant reductions might not be realized until 2025. Accordingly, it would be important of the G-20 Group of industrialized countries to be on track to meet their Cancun Agreements for 2020 pledges through more effective energy efficiency acceleration. It has been a roller-coaster ride till now but hopefully the Marrakesh session will take the effort forward.

Bangladesh, one of the most vulnerable countries has continued to take measures with regard to climate change with great seriousness and commitment. It may be recalled that Bangladesh handed over on 21 September the ‘Instrument of Ratification’ of the Paris Agreement to the United Nations Secretary General. Some 109 out of 197 UN member states have so far ratified the Paris Agreement and it came into force on November4, 2016. Bangladesh on its own initiative has also created a Climate Change Trust Fund worth $ 400 million from its own financial resources.

The factors that were reiterated in the keynote speech delivered by Prime Minister Sheikh Hasina in the high–level segment of COP-22 on 16 November included the need for collective action to tackle the problems associated with effective implementation of measures related to adaptation and mitigation, the resolution of the crisis being created through migration of climate change affected people, the need to ensure safe drinking water and sanitation through effective water governance, the creation of a new global fund to support research, innovation and sharing advances in technology required to solve serious after-effects of climate change in the area of agriculture and water management. This, she pointed out would help to meet SDG goals.

One cannot conclude without stressing that the United Nations needs to understand the significance of the urgent availability of requisite funding for tackling the negative effects of climate change in vulnerable nations. This includes creation of an agreed roadmap regarding creation of the $100 billion climate finance fund and also common steps that would apply in the creation and acceptance of projects. Transparency in this regard would be essential to create accountability. It would also be necessary to appreciate that in the case of developing countries already suffering from the after-effects of sea-rise, floods and cyclones- like Bangladesh- the component of financial assistance needs to be more in the form of grants rather than loans. This would better help in disaster management.