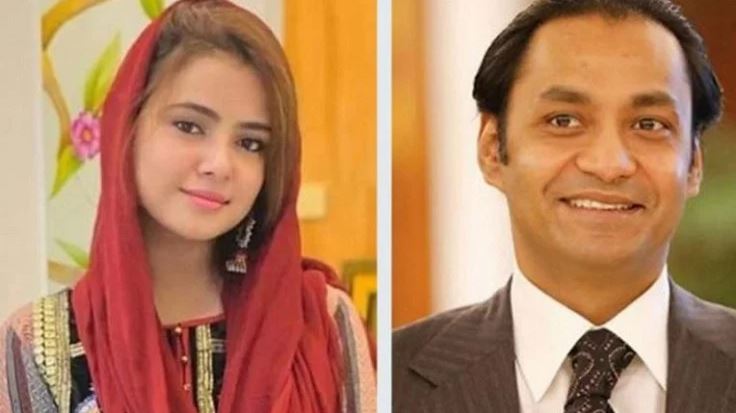 Bashundhara Group Managing Director (MD) Sayem Sobhan Anvir and 7 others acquitted from the second conspiratorial and fabrication case filed by Nusrat's sister over the death of Mosarat Jahan Munia at a flat in capital’s Gulshan area.

Last Tuesday, the Police Bureau of Investigation (PBI) submitted the final report of the case to the Chief Metropolitan Magistrate (CMM) court in Dhaka. In the final report, it is said that all the accused, including the MD of Bashundhara Group, have been acquitted as the allegations made in the case are not true.

According to PBI sources, on Wednesday, PBI has submitted the final report to the court seeking the acquittal of all the accused in the case of Mosarat's murder. According to the PBI report, the allegations of munia's's murder have not been substantiated. He committed suicide. For this reason, it has been recommended to acquit the accused from the case.

On April 26 last year, the police recovered Mosarat's body from a flat in Gulshan of the capital. That night, his sister Nusrat Jahan hastily filed a case with Gulshan police station on charges of incitement to suicide. After the long investigation of this case filed conspiratorially, the investigation officer of the case submitted the final report to the Chief Metropolitan Magistrate Court of Dhaka on July 19 of that year. Later, on August 17 last year, a hearing was held on the report submitted by Gulshan police station OC Abul Hossain. After the hearing, on August 18 last year, Dhaka Chief Metropolitan Magistrate Rajesh Chowdhury released Sayem Sobhan Anvir as there was no logical reason of his involvement with the case. Along with that, the court rejected the appeal of the police report made by the plaintiff Nusrat as it was not logical.

When the first case of abetment to suicide was dismissed, Nusrat filed another conspiracy case on the charge of murdering Mosarat after rape. On September 6 last year, another case was filed against eight people in Dhaka Women and Child Abuse Prevention Tribunal-8. The court then ordered Gulshan police station to record the case as a statement. At the same time, PBI was ordered to investigate the case.

Bashundhara Group MD Sayem Sobhan Anvir along with Bashundhara Group Chairman Ahmad Akbar Sobhan, his wife Afroza Sobhan and Sayem's wife Sabrina were accused in the case. The other accused are Saifa Rahman, Faria Mahbub, Sharmin and Ibrahim Ahmed. Later, PBI arrested Saifa and Faria in this case. Finally, PBI submitted a final report to the court recommending that the accused should be released from the case after a long investigation of almost 1 year. Also, in the investigation report of the case, PBI revealed that Mosarat had committed suicide.

Advocate Tuhin Howladar, counsel for the defense, said Sayem Sobhan Anvir is a renowned business person and also Managing Director (MD) of a leading business group in the country. He has wide fame and reputation in the country and abroad. A complete conspiracy and scheming with the ulterior motive of tarnishing his reputation and damaging the business of the Bashundhara Group has been implicated in a case first.

The police did not find any evidence to support the charges against accused Sayem Sobhan Anvir in a three-month long investigation. After receiving the police report and establishing the truth and justice by court order, the conspirators framed a second case. That too proved false.

He also said that the government and anti-government powerful local and foreign circles joined the plaintiff Nusrat Jahan Tania in this conspiracy against the Bashundhara group. Those who do not want the country's democracy and development, they are involved in these conspiracies. They spread various slander and misinformation through social media including Facebook and YouTube. Plaintiff Nusrat also directly participated in these talk shows and online meetings and spread various misinformation. According to the police investigation report, the court's acquittal order and the final investigation report of PBI, these conspiracies have been proven false and justice has been established.

After the court's verdict in the first case, the lawyers present said, through this order, it was proved that the person who has been charged for instigating Munia's suicide was not actually involved in the incident. No incidents of suicide incitement have occurred here.

Gulshan police station officer-in-charge Abul Hossain investigated the case himself. After a long three-month investigation, the police did not find any evidence to support the plaintiff's complaint, and submitted a final report saying that the accused was not found responsible for instigating the suicide.

Meanwhile, after Munia's dead body was recovered, her elder sister Nusrat Jahan appeared at Gulshan police station along with some lawyers and activists of various political parties in a luxury Pajero jeep. They put pressure on the police and filed a case in Gulshan police station alleging that they had hastily incited suicide without conducting preliminary investigation. The police took the case against Bashundhara Group MD without preliminary investigation. Immediately after the case, the plaintiff and her associates started making conspiratorial and inflammatory statements involving MD of Bashundhara Group on various television talk shows and online platforms. Accused Sayem Sobhan faced media trials before any charges were proved. A few screenshots of Mosarat's chatting went viral on social media. In these screenshots, some screenshots of Munia demanding money by blackmailing various people were also spread on social media. Apart from this, the chat and phone call records of various people with Mosarat and Nusrat, the plaintiff in the case, are available which are the key evidence of a major conspiracy against the Bashundhara Group.