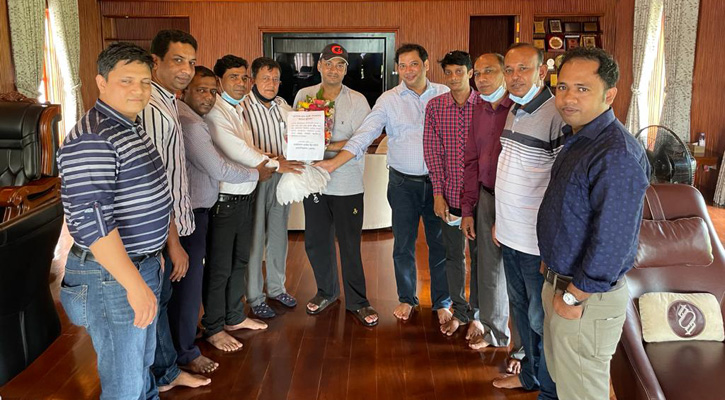 Leaders of the Executive Committee of the Crime Reporters Association of Bangladesh (CRAB) on Wednesday congratulated Bashundhara Group Managing Director Sayem Sobhan Anvir for being elected as the Chairman of the Sheikh Russel Krira Chakra Limited, one of the best sports club of the country.

The CRAB leaders highly praised Sayem Sobhan Anvir during a call on at his residence at Bashundhara Residential Area in the capital.

During the meeting, the Bashundhara Group Managing Director exchanged pleasantries with the leaders of the CRAB and assured of providing all kinds of support to CRAB members. He assured that he would remain with the CRAB members at the time of their need.

In addition, if any member of the CRAB meets with an accident and passes away, he promised for providing all possible support to the families.

Highlighting various problems of the country, Sayem Sobhan Anvir called upon all, including the media, to play due roles against women trafficking and abuse of drug.