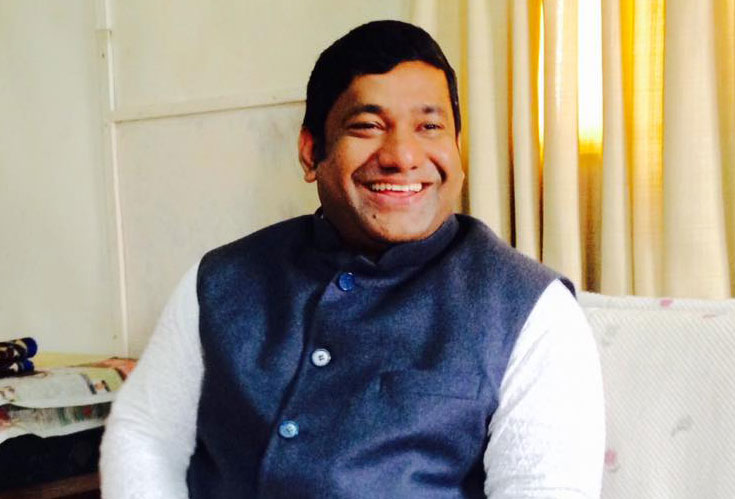 The case was filed at the Baliadangi police station on 28th November, Monday, at around 11 P.M under the rule of Information and Communication Technology (Amendment) Act 013 of 57 (1) of this section. It’s the case number 18 under this section. The complaint was filed under the section of ‘Electronic format of information via mobile phones to tarnish the image which causes scandalous crime’.

On the 26th of November, Dhaka Times published a news which was titled “10 people got injured in clash over a land inThakurgaon”. It was noted, when Dabirul’s gang tried to grab the land of the HHindu community then the clash erupted. According to the ethics of journalism, Dhaka Times representative talked with Dabirul Islam about the incident. He denied the whole thing and said, he is not involved with this incident in anyway. This statement of MP Dabirul was referred in the mentioned report without any distortion.

Arifur Rahman is one of the most appreciated investigative reporter of his time. He has many investigative reports that shook Bangladesh & drawn attention of the international communities. Whether it was regarding the top terrorist of the country Bangla Bhai’s emergence or the other terrorist organization’s evolving in operations or even heinous war criminals activity, Arifur Rahman has been a courageous voice against wrongful deeds of many offenders. His reports were highly discussed throughout the country, which famed him as country’s one of the most celebrated journalist of his reporting era.

Dobirul Islam alleged in his FIR that –“I’m complaining with this effect, a major incident occurred on 26th of November before early afternoon regarding Baliadangi outposts Amjonkhor villages resident JatinPaul’s family land. At that time I was at the funeral of one of our local named Dhanabor Ali. I have returned home after attending the funeral and as I get to know about the incident of Jatin Paul, very soon I phoned the officer-in-charge of Baliadangi police station to take necessary steps.

On the 26th of November at around 11.30 P.M my personal staff Md. Kamruzzaman Shamim gave me a news which he had downloaded from www.dhakatimes24.com on 26th of November at 10.48 P.M, quoting as an unnamed Thakurgaon correspondent of this newspaper, it expressed and published a news, ‘When MP Dobirul Islam’s staffs went to grab the land of a Hindu family,a clash then occurred between the local Hindu community and them, which causes serious injury to 10 people.’

After admitting six seriously injured people in Thakurgaon general hospital, there emergency doctors sent them to Rangpur Medical College Hospital for better treatment……etc. They reveal many things and of course those are not true.

An evil quarter of Thakurgaon wants to ruin Thakurgaon Awami League’s Politics and my image, honor and dignity. They want the deterioration of law and that’s why they illegally affected that anonymous correspondent of Dhaka Times. And that anonymous reporter published that news knowing this false, baseless and defamatory story can only deteriorate law and other situation even though I don’t have any involvement in this incident at all and that correspondent knows that too.

The downloaded copy of that online paper is connected with the primary.

Now, by considering the section 57 of IT Act legal steps should be taken against the anonymous Editor of that online newspaper Dhaka Times and their anonymous Thakurgaon correspondent.”