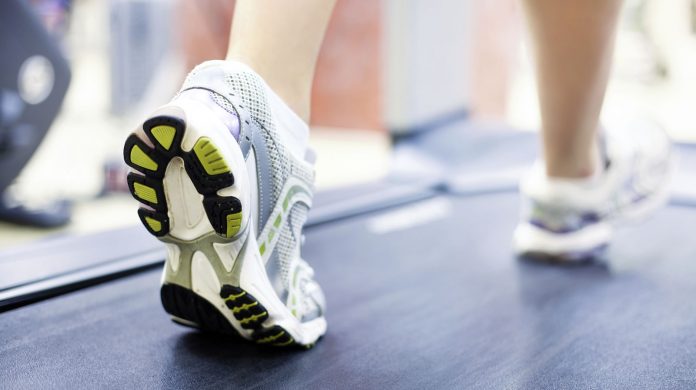 The volume of the hippocampus is known to fall with age by between 1 percent and 2 percent a year, the researchers noted, leading to impaired memory and increased risk for dementia.

But animal research suggests that exercise reduces the loss of volume and preserves memory, they added.

To test the effect on humans, they enrolled 120 men and women in their mid-sixties and randomly assigned 60 of them to a program of aerobic walking three times a week for a year. The remaining 60 were given stretch classes three times a week and served as a control group.

Their fitness and memory were tested before the intervention, again after six months, and for a last time after a year. Magnetic resonance images of their brains were taken at the same times in order to measure the effect on the hippocampal volume.

The study showed that overall the walkers had a 2 percent increase in the volume of the hippocampus, compared with an average loss of about 1.4% in the control participants.

The researchers also found, improvements in fitness, measured by exercise testing on a treadmill, were significantly associated with increases in the volume of the hippocampus.

On the other hand, the study fell short of demonstrating a group effect on memory – both groups showed significant improvements both in accuracy and speed on a standard test. The apparent lack of effect, Kramer told MedPage Today, is probably a statistical artifact that results from large individual differences within the groups.

Analyses showed that that higher aerobic fitness levels at baseline and after the one-year intervention were associated with better spatial memory performance, the researchers reported.

But change in aerobic fitness was not related to improvements in memory for either the entire sample or either group separately, they found.

On the other hand, larger hippocampi at baseline and after the intervention were associated with better memory performance, they reported.

The results “clearly indicate that aerobic exercise is neuroprotective and that starting an exercise regimen later in life is not futile for either enhancing cognition or augmenting brain volume,” the researchers argued.

The study was supported by the National Institute on Aging, the Pittsburgh Claude D. Pepper Older Americans Independence Center, and the University of Pittsburgh Alzheimer’s Disease Research Center. The authors said they had no conflicts.