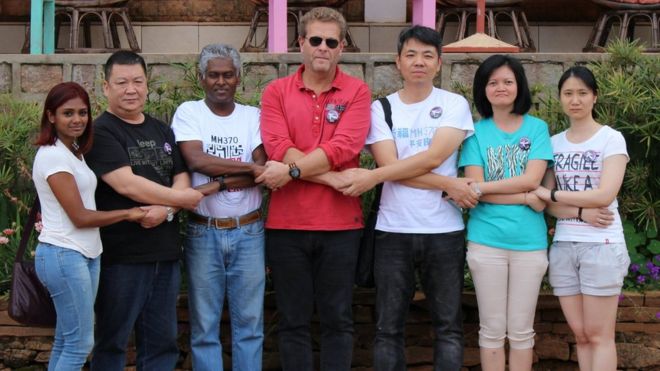 The search for the Malaysian airliner that disappeared three years ago with 239 on board has been suspended.

In a statement, Australia, Malaysia and China said the decision was taken with "sadness" after a fruitless search in more than 120,000 sq km (46,300 miles) of the Indian Ocean. Families of the victims called it an "irresponsible" move that must be reconsidered.

Flight MH370 vanished en route to Beijing from Kuala Lumpur in 2014. So far only seven of the 20 pieces of recovered debris have been identified as definitely or highly likely to be from the Boeing 777. A report in November 2016 said the plane probably made a "high and increasing rate of descent" into the Indian Ocean.

Tuesday's joint statement said "no new information has been discovered to determine the specific location of the aircraft" despite numerous studies, but the three countries remained hopeful this would happen in the future.

However, Voice370, a family support group, said the search must continue and be extended to include an area of some 25,000 sq km north of the current one, recommended by a report released by the Australian Transport Safety Bureau last December.

It was "an inescapable duty owed to the flying public in the interests of aviation safety". "Stopping at this stage is nothing short of irresponsible, and betrays a shocking lack of faith in the data, tools and recommendations of an array of official experts assembled by the authorities themselves."

There were 14 nationalities represented in the 227 passengers and 12 crew travelling from Kuala Lumpur to Beijing. The majority - 153 people - were Chinese.