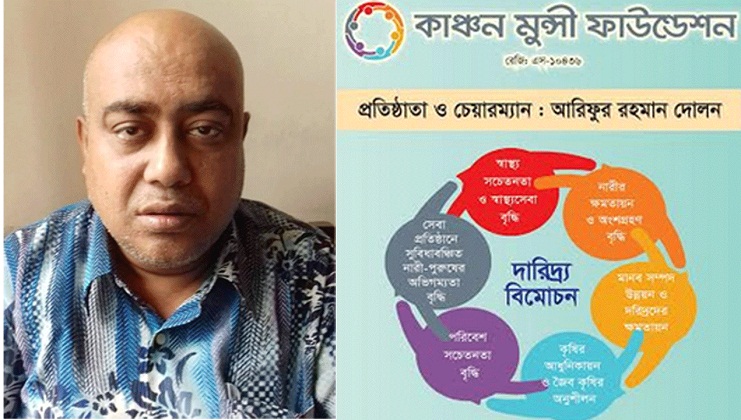 Kanchan Munshi Foundation has taken the initial responsibility for the treatment of former publicity secretary of Alfadanga Upazila Awami League and sitting member Masudur Rahman. He will soon be taken to India for far better medical facility. Preparations are running in this regard.

Masudur rahman has been suffering from severe kidney disease for a very long period. Doctors have said that two of his kidneys are now almost out of order. Generally, the amount of kitty-9 a healthy kidney has is somewhat adjacent to 1.5 point. Where in masudur rahman’s kindney the amount of kitty-9 has now went upto a humongous level of 7.2 point! The situation is now getting worse day by day. He needs a few times better medical therapy straight off.

According to the sources of Kanchan Munshi Foundation, Foundation Chairman Arifur Rahman Dolon himself will accompany Masudur Rahman during his treatment in India. Preparations are going on in full swing to take him in India. Already Multiple Hospitals in Kolkata & Chennai have been contacted.

Few things needs to be told here, Masudur Rahman from his student life itself was involved in politics for the sake of the presentment of the liberation war. He has been the President and General Secretary of Alfadanga Upazila Chhatra League. Withal he was also the co-general secretary of Faridpur District Chaatra League. His father Md. Oliar Rahman was a freedom fighter. He has done teaching for a long time in Alfadanga’s ancient Educational Institution Kamargram Kanchan Academy.

Masud’s family members have said that the Doctors have informed them his body might need blood at any given moment. His Blood Group is ‘O Negative’. If any big-hearted person wants to cooperate for the treatment of Masudur Rahman with dib or simply by donating blood then he/she are requested to contact him directly.